A Systematic Comparison of Different Methods to Tackle Aspartimide Formation

A Systematic Comparison of Different Methods to Tackle Aspartimide Formation

Read on for detailed information on the results of our comparative study on different methods to tackle aspartimide formation. Click here!

Aspartimide formation is still a serious challenge in peptide synthesis. This side reaction is strongly sequence dependent and preferably occurs at Asp-Aaa motifs (Aaa = Gly, Asp, Asn, Gln or Arg). In a first step, the cyclic aspartimide is formed, which can re-open in a second reaction leading to (epimerized) alpha- and beta-Asp peptides and corresponding piperidides. Thus, all in all around 10 different undesired byproducts can be formed. Over the last decades, several approaches to solve this problem have been developed.

In a joint study together with Biosyntan, we systematically compared the combination of various strategies on different aspartimide-prone model peptides, namely VKDGYI-OH, VKDDYI-OH, VKDRYI-OH, which were synthesized using 50% morpholine/0.1 M formic acid. 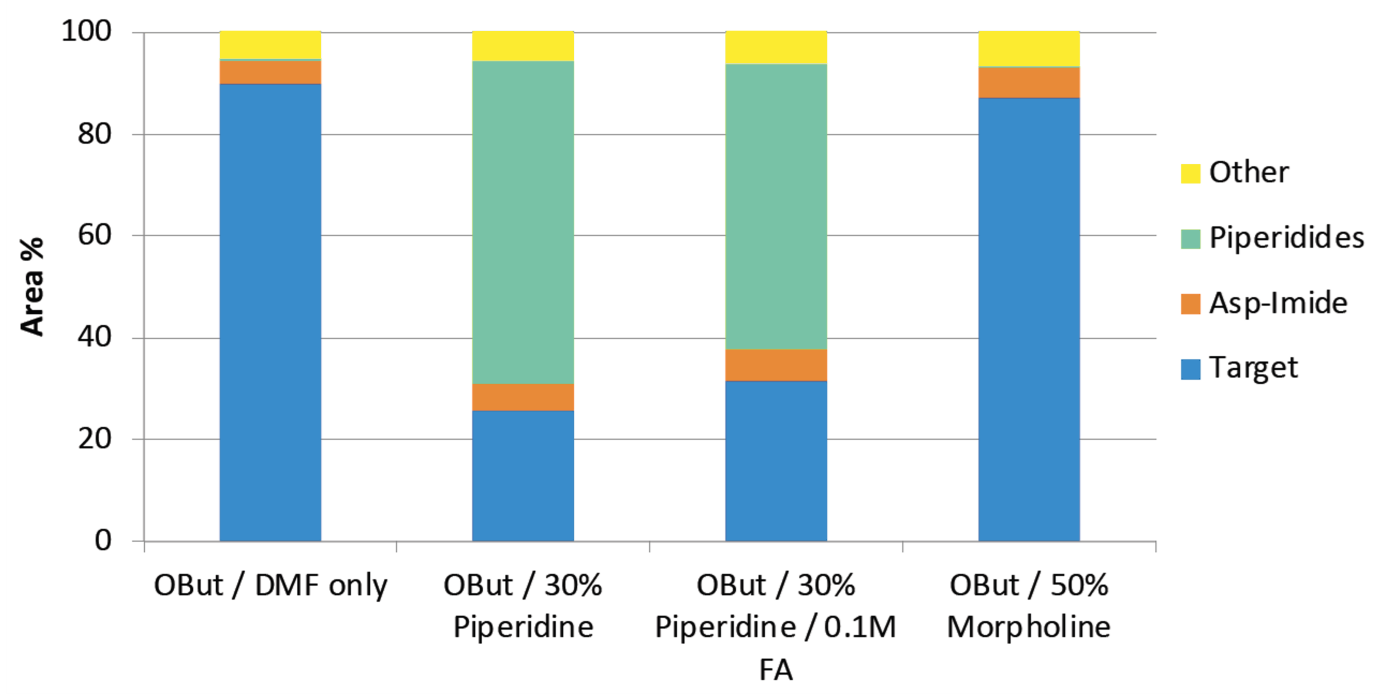 The effects of the tested conditions above on the degree of aspartimide/piperidide formation can be summarized as follows:

In a next step, the influence of acidic additives (formic acid, ammonium acetate, HOBt, trifluoroethanol) as well as the steric effect of different bulky Asp side chain protecting groups (OtBu, OEpe, OBno; see related products) was investigated. These results were compared with the application of dimethoxybenzyl (Dmb) as amide backbone protection and cyanosulfurylide (CSY) as side chain protection. 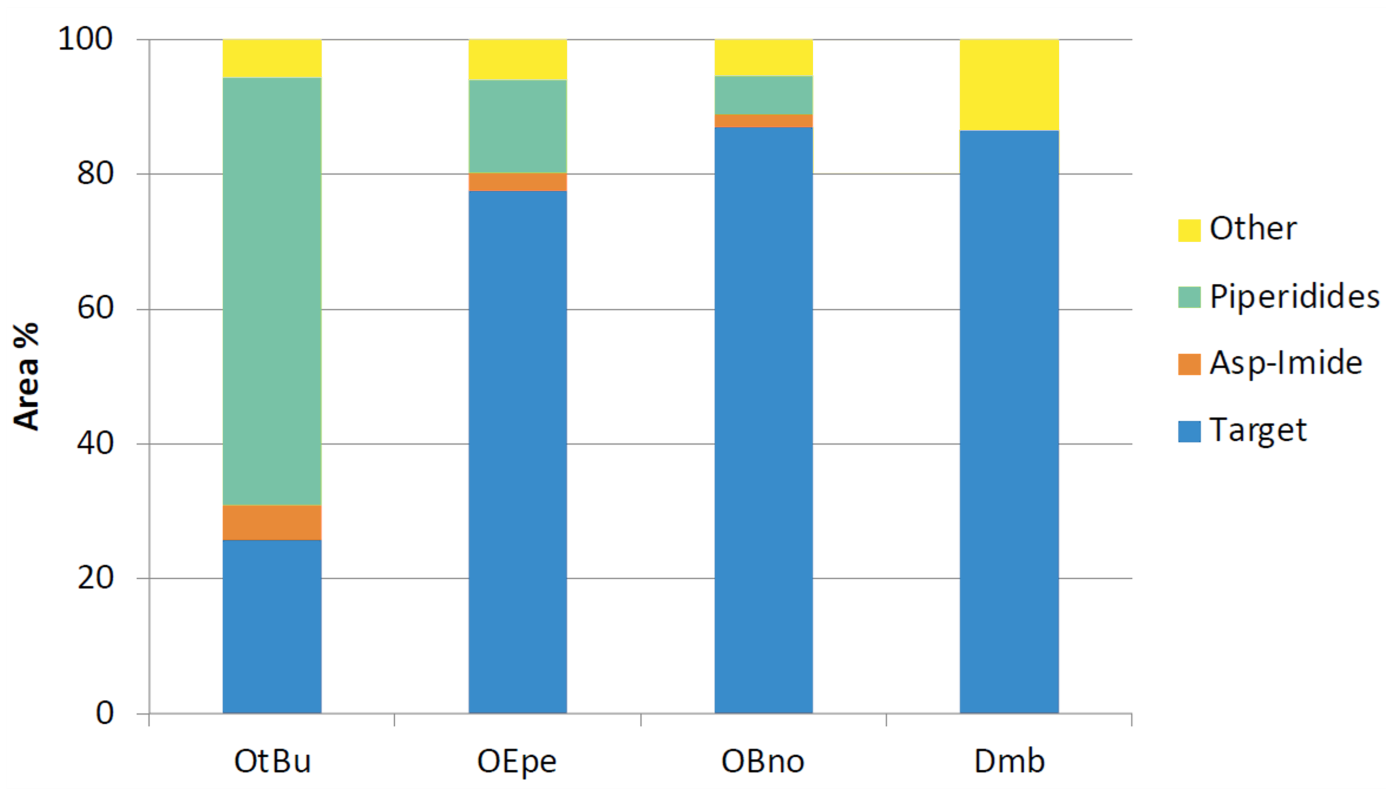 Effect of the CSY Protecting Group 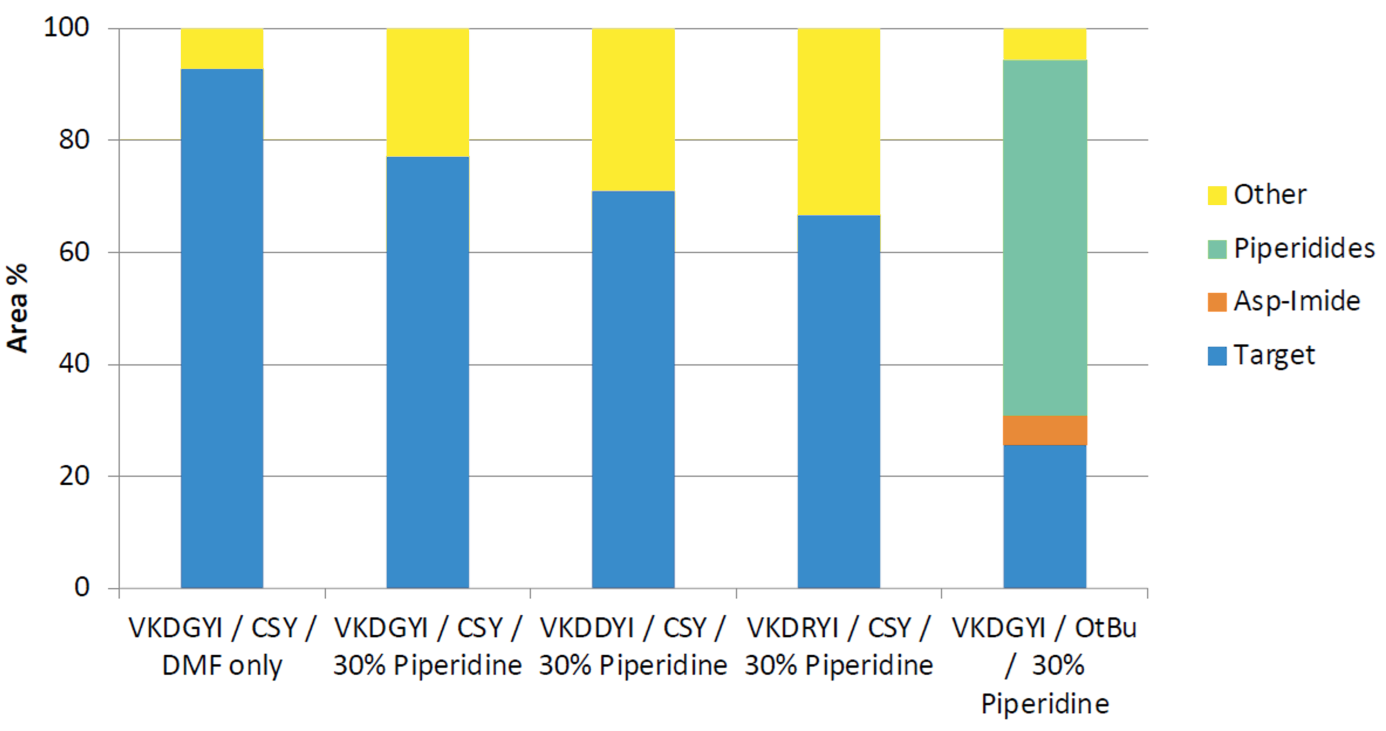 These results show that

Finally, our identified optimal conditions were tested in the synthesis of other peptide sequences prone to aspartimide formation. The results are displayed in the table shown below:

➔ For more information, please get in direct contact

➔ Interested in Asp(CSY)? Watch the recording of our free online workshop with Prof. Bode