The use of bioactive peptides has increased over the recent years as they attracted attention for their use as therapeutic agents. 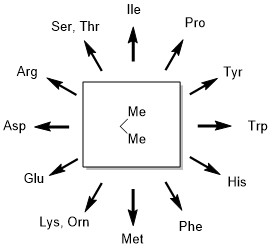 Recent commercial successes, e.g. of GLP-1 analogues such as Liraglutide and Semaglutide, encouraged the development of peptides as therapeutic agents and large-scale synthesis of peptide APIs. However, their inherent susceptibility to proteolytic degradation resulting in rapid elimination in vivo has significantly impeded their broader use.

One way to improve proteolytic stability is the incorporation of beta,beta-dimethylated amino acids into peptide sequences at the P1‘ position (i.e. C-terminal of the enzyme cleavage site). 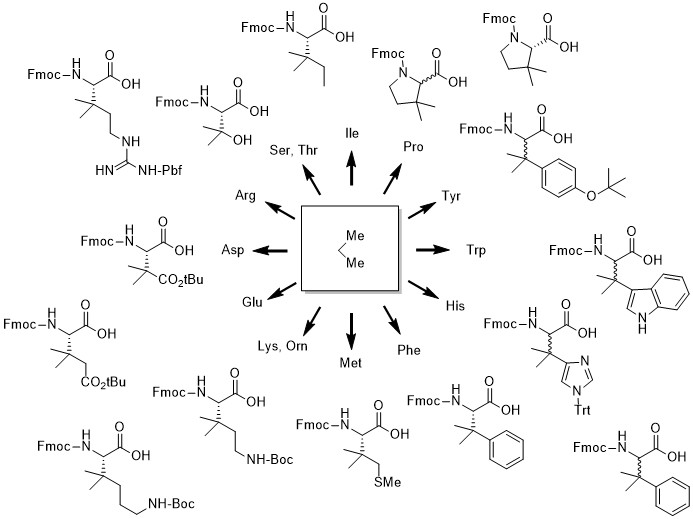 This type of modification renders peptides highly resistant to serine protease degradation, which is often possible without significant alteration of their biological activity. This includes stability towards:

P1′-Modification represents a versatile, simple and highly adaptable method for generating enzymatically stable peptides, which has already been demonstrated and published with glucagon-like peptide-1 (7–36) amide (GLP-1) and other examples.

GLP-1 analogues suffer degradation by proteases like DPP IV, Chymotrypsin, and Trypsin. Hence, their stability can be increased by replacing the marked amino acids with their beta,beta-dimethylated analogues.