The ChemMatrix® resin production and distribution was discontinued by its manufacturer SEQENS. Products are only available at Iris till current stock is sold out. Read on for more information!

In contrast to the most common resins, which are based on polystyrene, the ChemMatrix® resin is 100% polyethylene glycol based. Thus, the high polarity of the ChemMatrix® resin allowed the use of various polar solvents, e.g. MeOH, MeCN, water, THF, DMF, in which the resin displays excellent swelling properties. As ChemMatrix® resins are discontinued by their manufacturer, in the following, we are highlighting possible alternatives.

TentaGel® resins consist of low cross-linked polystyrene on which polyethylene glycol with a molecular weight of 3000 Da is grafted. The PEG spacer is attached to the polymer matrix via an ether bond, which shows high stability towards acid treatment and minimizes PEG leaching. Besides, TentaGel® resins are pressure stable and can be used in batch processes as well as under continuous flow. 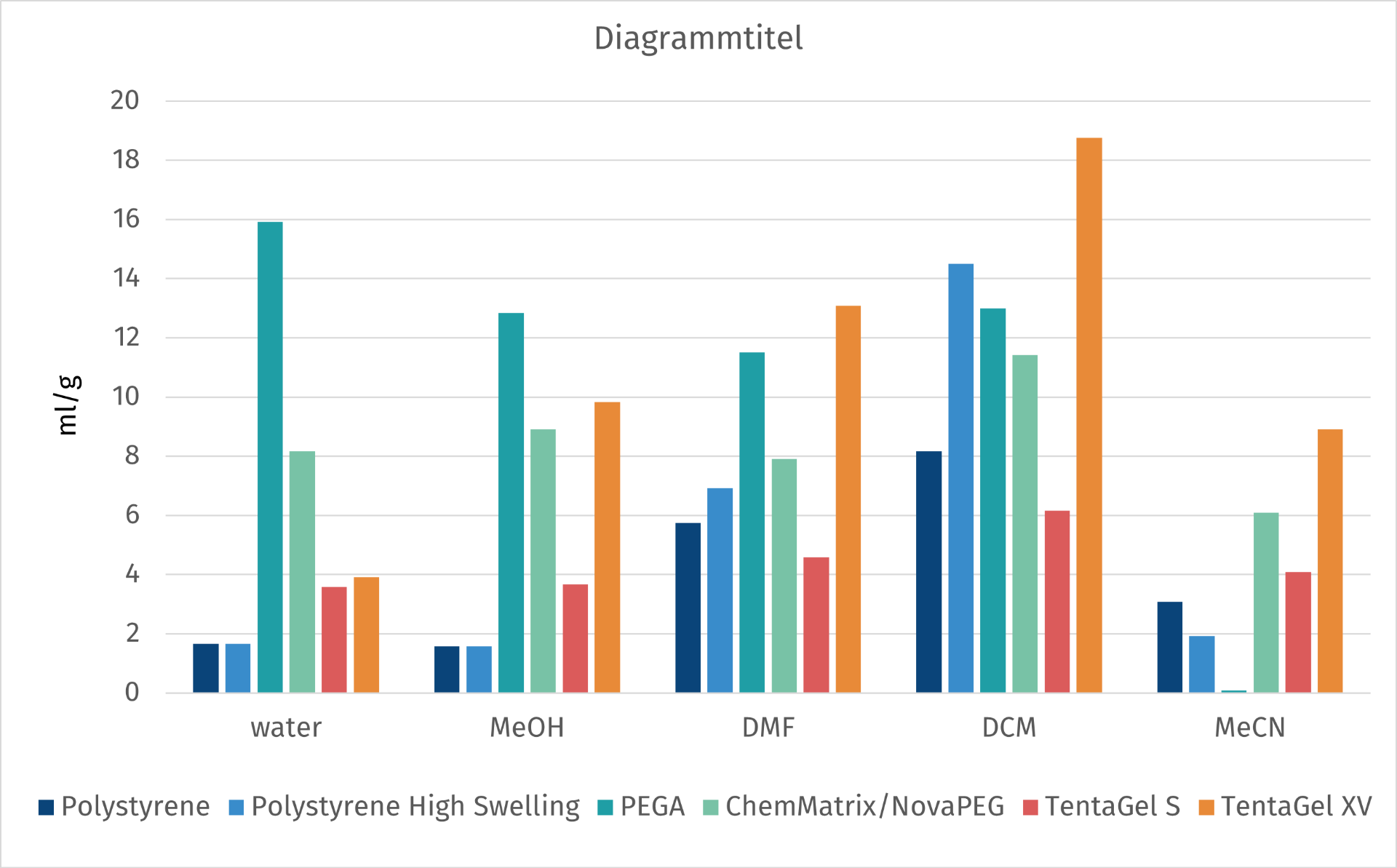 Through the attachment of polyethylene glycol (PEG) chains to the polystyrene core, the swelling behavior, especially in hydrophilic solvents such as water and methanol, is considerably increased which allows for a broader range of chemistry. Apart from the swelling behavior, the more hydrophilic environment decreases the repulsion of charged organic intermediates formed during reactions. For the base resin, a range of functional groups is available ranging from electrophilic bromine leaving groups to nucleophilic groups like hydroxy, amino, and carboxy functions.

However, a high resin swelling results in a high consumption of solvents. In case increased solubilizing properties are not required, resins with PEG chains shorter than 3000 Da exhibit sufficient solubilizing property with reduced solvent volume consumption. For such purposes, HypoGel 200 and HypoGel 400 have been developed, containing glycol spacers with only n = 5 or n = 10 units between the reactive sites and the polystyrene matrix.

With these data in hand, we suggest TentaGel® S/XV as well as HypoGel® resins as alternative products for the replacement of the ChemMatrix® resin. Besides, we are currently working on further alternatives. Curious? Stay tuned!