Discover our selection of disulfide-based self-immolative linkers allowing to influence linker stability, fine-tune the self-immolative cleavage rate and thus impact the speed of the payload release. 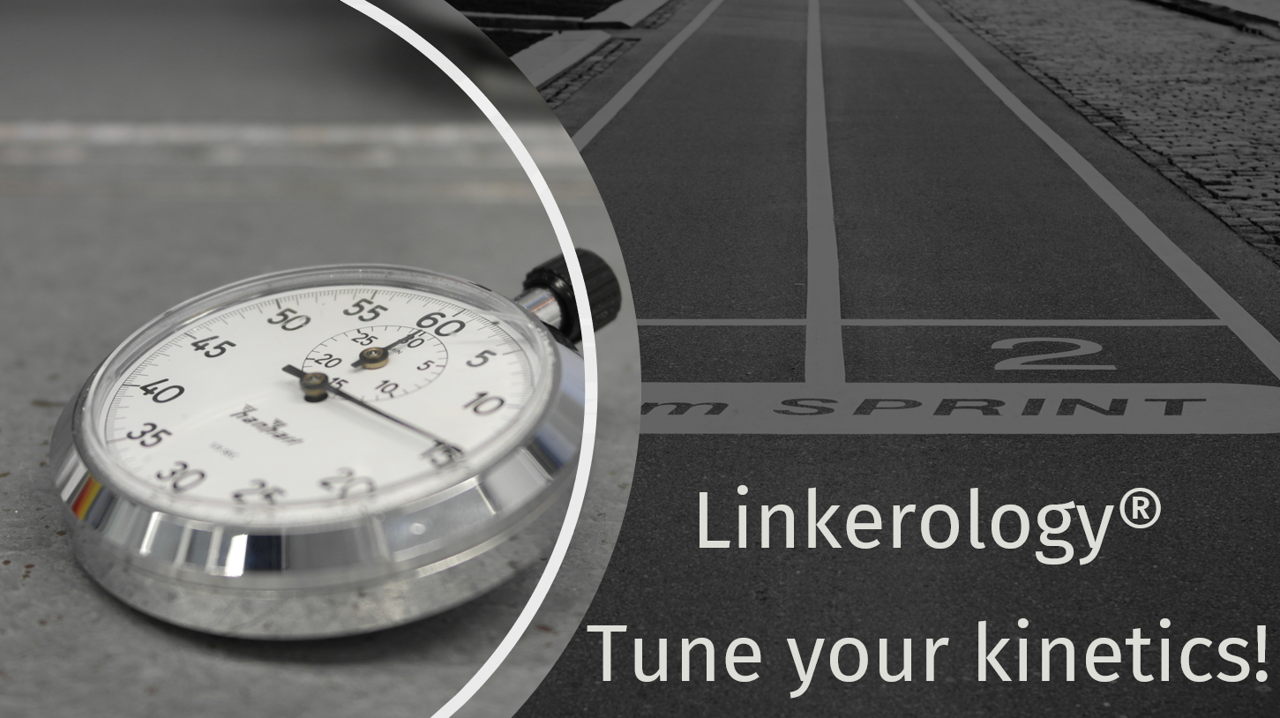 The choice of a linker for selective and site-specific control of payload release remains a major goal during drug delivery. The cleavage mechanism of disulfide-based linkers is based on the specific intracellular release of the active payload upon glutathione (GSH) reduction.

As the overall red/ox potential in the human blood is oxidative, disulfide linkages remain intact during circulation. However, intracellularly, and notably inside tumor mass and cancer cells, a reductive potential is prevailing. This discrepancy in GSH concentration allows to develop GSH-responsive materials and to revert the disulfide bond formation selectively in pathological tissues and thus release the active payload.

The pyridyl disulfide moiety can undergo a disulfide exchange reaction with sulfhydryl groups, e.g. from a biomolecule, to form new disulfide bonds. Thereby, pyridine-2-thione is released, which can be followed spectrophotometrically (λmax = 343 nm) to measure the progress of the reaction. This reaction works over a broad pH range and is also suitable for physiological pH.

The p-nitrophenylcarbonate activating group reacts preferably with amines or other nucleophiles and thus allows further conjugation, e.g. towards the desired drug molecule.

Finally, the p-aminobenzyl moiety acts as self-immolative linkage (SIL) and disintegrates upon a certain trigger, e.g. disulfide reduction, to release the conjugated payload in a traceless manner.

SILs can be mainly classified into two groups depending on the self-immolative fragmentation process either based on the quinone methide cascade (e.g. 1,6-elimination) or an intramolecular cyclization reaction. In addition, the linker’s chemical composition (e.g. disulfide ethoxycarbonyl (SSE) vs. disulfide benzyloxycarbonyl (SSB)) results in chemically tunable kinetics of the self-immolative cleavage due to different response rate towards GSH, showing higher rates for SSB-based DSILs compared to SSE-based ones. Thus, the choice of the linker allows for fine-tuning of the cleavage speed and payload release.